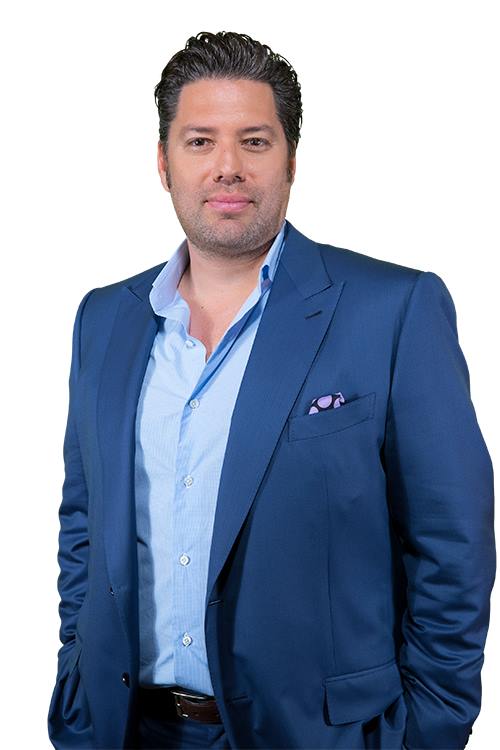 SAN ANTONIO — Ever since Armando Montelongo ended his record-setting run on “Flip This House” eight years ago, fans have been asking him when he’s going to return to television.

Now he makes his triumphant return with “Flipping Nightmares,” a new show that’s rolling out nationally and online. In it, he’s creator, executive producer and star.

“I decided to do “Flipping Nightmares” because I wanted to show the things that happen in house flips that nobody ever will talk about, most television shows won’t show,” he said. “There are a million house-flipping shows out there. Here it is, 10 years later, and they’re still showing reruns of “Flip This House.” The fans said, ‘Please do another show,’ and we said, ‘Let’s do a show that fans want to see.'”

Networks don’t want to show homes that have vagrants living in them, collapsed sewage systems, entire floors missing and even houses with dead animals inside. These challenges would stop other would-be flippers, but Montelongo shows how he gives these eyesores a new life.

“The more disastrous a house, the bigger the profit is in the flips. We wanted to show that because we wanted to make great television.,” he said. “It’s a lot of fun. That’s how we made our money, taking on houses that nobody else wants to take on.”

In this show, he wagers with naysayers who think they can flip houses without using Montelongo’s sytem. Here’s the bet: If the doubter can flip the house, he or she gets to keep all the profits. But if the doubter can’t do it, then that person has to give up something important. Something  like a professional license or a job.

“I put a lot of money on the line to dispel people’s beliefs about something I’m very passionate about,” Montelongo said “Flipping Nightmares is really a contest between somebody who has done it and the skeptic who thinks it can’t be done.”

How can Montelongo show the houses that were too horrible for network television and enter wagers with house-flipping skeptics? He’s using a new business model to produce and distribute the show. He’s doing it all himself.

“This new business model, buying our own media, has never been done before when it comes to reality television hitting paid programming,” he said. “Not only are we going online, we are also controlling it in TV media. I think it’s going to open up a whole new form of television.”

Alert viewers may recognize some locations, because all of the show’s production takes place in Montelongo’s hometown of San Antonio.

Ever since his run on “Flip This House” ended in 2009, fans have been asking Montelongo when he’s going to do another show. Aside from a 2015 episode of CBS’ “Undercover Boss,” and a few other network appearances, he has avoided television. Instead, he focused on building his own real estate holdings and teaching thousands of students his real estate system. A list of current events are available on armandolive.com/events. Over the past decade, his students have flipped thousands of houses and transformed many more lives and communities.

“What I focused on, rather than television, I wanted to focus on my business, to teach people how to flip real estate,” he said.

In the meantime, he and his then-wife Veronica, have split up, but maintain a very good relationship. Their son, Mondo Man, the little boy on “Flip This House,” is now 18. He’s working in Montelongo’s education company and his own house-flipping business. Armando Montelongo has remarried. He and his wife, Whitney, have three sons: Max, 6; Titan, 3; and Atlas, 6 months.

Meanwhile, others have tried to copy Montelongo, down to donning sunglasses and imitating the style of his logo.

But there’s no substitute for the real thing. Now, “Flipping Nightmares” shows a new generation of  viewers how about the business of flipping houses and how to do it right.

“I’m so grateful to both the producers of Flip This House and A&E, because they gave us such an incredible opportunity, they were great to work with, and it’s blessed our lives so much. And now we’re taking these lessons that we’ve learned and taking to an even larger scale with the public, and giving the fans even more of what they want.”

The first of the initial season’s episodes is out. Check your local listings for air dates and times and catch it anytime on FlippingNightmares.com.