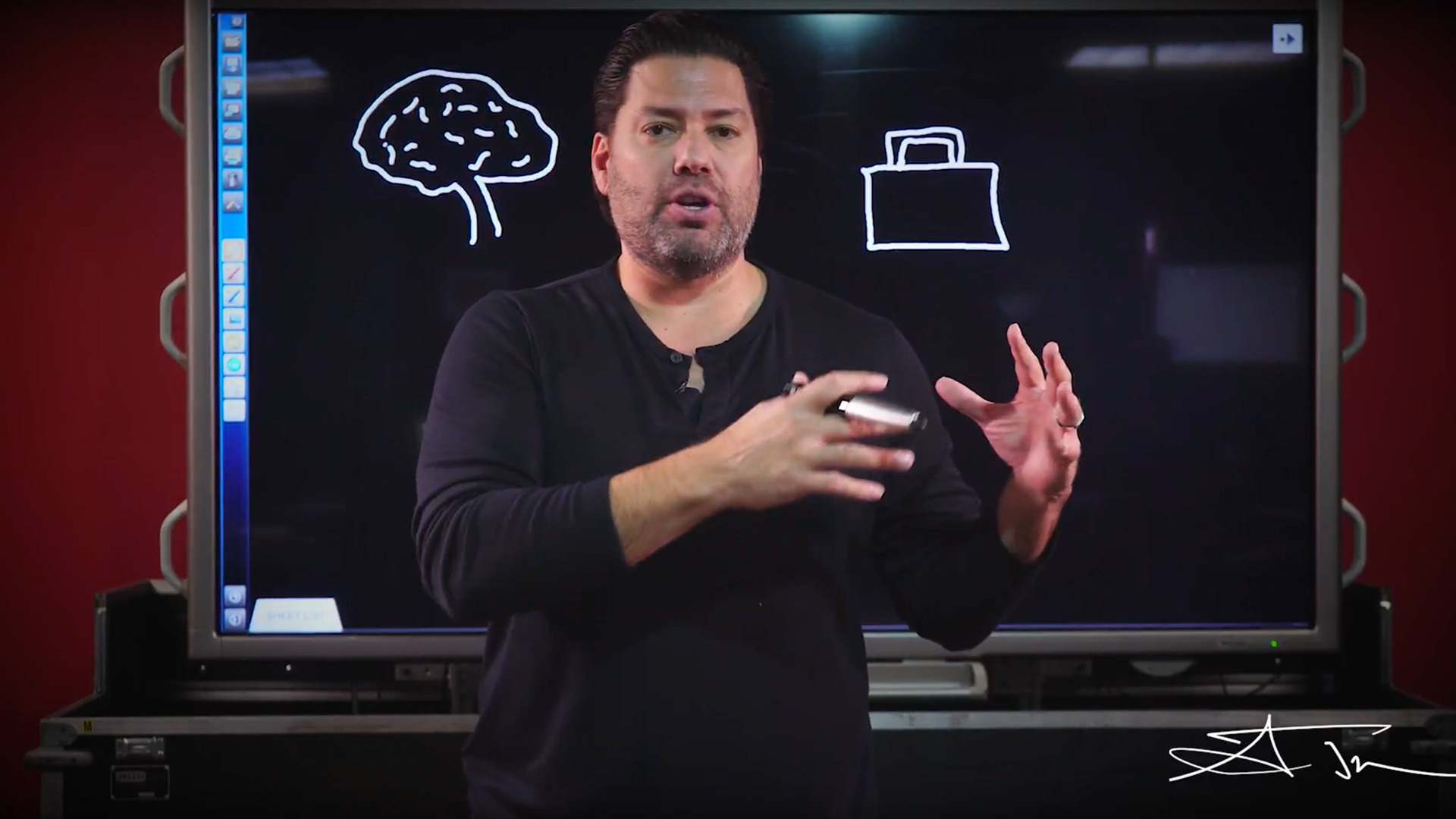 So, what’s more important? How you think or what you do? Are your thoughts more important than your vocation? So, obviously, whenever we’re saying what you do, we’re not necessarily talking about action, because actions are always very, very important.

Well, let’s look at this. The thought versus the actual job, in this case, the actual vocation. So, the average major league baseball player makes $2.7 million. Now, that’s what the average makes. Most people go, “That’s an amazing income. That’s great income. I would die for that kind of income.”

Top salespeople make well over $2 million a year and almost rival a major league baseball player’s salary, even though it’s the average salary, and the top DJ, Calvin Harris, makes over $48 million a year.

So, what’s more important? Is it your vocation or is it how you think? So, this is something that millionaires know and that people of all success know that your job doesn’t matter nearly as much as how you think about that job and that process. Think about your actions as you begin to get up in the morning and you begin to prepare for your job.

If your actions are like, “Ah, shit. I’ve got to get out of bed, because, ah, I’ve got to go to work. And, ah, it’s going to be another tough, rough day.” Then, what actually happens is you’ve set off a chain of events that your productivity for the day is going to be less than you are actually capable of.

And then your pay will be commensurate with your actual productivity, which is a tough thing for people to hear. I made the comment one time, I said, “Listen, people are paid what they’re worth.”

And here’s the interesting thing. I remember one time I had a group of friends when I was 18 years old, and we liked to hang out and we liked to go out and do things that 18 year olds like to do. Then, at age 30, I had met a mentor who began teaching me how to go and make money.

I remember hanging around these individuals and one of my old friends had a couple of sons and they were coming to my house. And I had begun to make money and I’m always happy and willing to share, but I noticed one thing.

His sons, when they would come over to my house, would consume all my fruit. Any fruit or food left out on the countertops, they would just go and buzz saw and consume it. I said, “Hey,” I’ll just call him Joe, to protect the somewhat innocent. I said, “Joe, your kids are buzz sawing through my fruit. Are you feeding your kids?” He goes, “Times have been a little bit tough.” I go, “What are you doing for work?” He goes, “Well, I’m not.” I said, “What do you mean ‘not working’?” He goes, “They’re not paying me enough.” I go, “Go get a job as a waiter.” You worked in restaurants when we were kids. At least go get a job.

When we were kids you worked at a restaurant, go get a job as a waiter, so you can feed your kids.” He goes, “They only pay me $15 bucks an hour and I’m worth way more than that.” And I said, “Joe, your kids are starving. You’re paid what you are worth.” And it all comes down to how we think. Now, if in the morning you think, “Man, I’m going to do my very best.”

Thus, people begin to fill more fulfilled and better paid for your job and become happier with your job. So, it’s not if you fall into a great job, and then you have a great attitude; it’s you begin to have the great attitude, and then the job becomes great.

See, too many people think about, “You’ve applied for a job and you’re excited, you started a brand new job.” And, six months later, you’re like, “This job sucks.” And you go apply for another job and you’re happy and on fire for the first few months.

So, it truly comes down from how our mindsets are going to begin to think and begin to shift, and then move over to be able to increase the higher levels of income.

Think about this. The average major league baseball player receives a salary of $2.7 million. You might say, “Well, this guy”… And here’s how people discount it in their mind. They go, “This guy, he’s just a freak of nature.” That’s the same thing as saying somebody who’s wealthy in business say, “That guy got lucky.” And what you do is you begin to discount and say, “That can never happen to me, because I’m not that”.

You might say, “Yeah, but it depends upon the industry.” Not really. I remember when I was a kid, I sold cars. And I was terrible at it, because I was just too honest. But, I remember there was this guy and, by the way, I sold two cars in two months. And the average car salesman at that time was earning under $25,000 a year. But, there was this guy by the name of Ali. And Ali was making over $200,000 a year. Now, this was 15 years ago, over $200,000 a year and his mindset was completely different than anybody else.

You might say, “Yeah, but he had to be dishonest and he had to be untruthful, because I know those car salesman.” Well, listen, there are a lot of slippery, sleazy ones. But there are also a lot of good salespeople in business. People who actually care and who actually want to go and help you advance and control your businesses to a much higher level.

Guess what? You go in with that mindset with, “This is going to be a damn good time.” It’s called the pre-frame and no one pre-frames us like ourselves. And, so, this process starts every morning.

We’ll be teaching you more about the millionaire mindset. Thanks for joining us and we’ll talk to you soon.